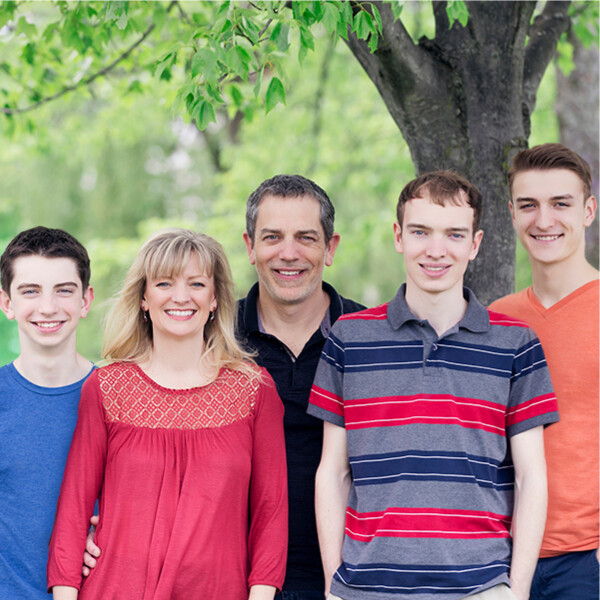 Jonathan grew up in eastern Michigan to parents who were very interested in missions. When he was a teenager his father got a Bible degree and became the associate pastor of their church. In college God called Jonathan to full time missions and he subsequently received his M.Div. at Trinity in Deerfield, IL. He is currently working on his doctorate with Knox Seminary in Florida while teaching full time at the Irish Bible Institute in Dublin, Ireland.

Becky was born and raised as an MK in Spain, where her parents still serve as full time missionaries. Her parents founded the Spanish Bible Institute so her understanding of the need to train nationals for ministry was nurtured at an early age. While she doesn’t serve at the Irish Bible Institute she is strongly committed to their goals of training people for ministry. Her grandparents were missionaries in Argentina and then Puerto Rico, so she is a third generation missionary.

Jonathan teaches full time at the Irish Bible Institute in Dublin.  It is the only accredited Bible college and seminary in Ireland.  Prior to IBI’s establishment in 2000 a person in Ireland wishing to pursue formal training in ministry was forced to study abroad, usually in the U.K. or the U.S., and they usually didn’t return to Ireland.  So having an Irish school training Irish nationals is vitally important.

Jonathan is the only American on staff. He teaches five courses in the areas of Old Testament, Church History and applied theology, he coordinates the mentoring/discipleship program, and is responsible for pastoral care of the male students.  Since Evangelicals number less than 1% in Ireland, (there are currently more Muslims in Ireland than Evangelicals,) the Irish churches are unable to fully support the institute.  The school currently depends upon support from Irish, U.K. and U.S. churches and individuals to meet its operational budget each year.

We feel particularly blessed to be a part of the ministry of IBI. While it is a fully accredited theological institution it is as equally focused on academics as it is in mentoring its students who are heavily involved in outreach through their churches. Many students are actively engaged in church planting upon their graduation which means that our efforts towards building God’s kingdom in Ireland are multiplied by being involved in their lives.

We live just north of Dublin and were involved in helping to start a new church in the town of Skerries, just up the coast from where we live in Rush. That church became autonomous in 2012 and we are now attending a church in Donabate, just south of us. In October of 2014 they called a pastor and we are still serving there as needed.

Our eldest son Caleb is finishing his senior year in eastern Michigan while our sons Andrew and Evan attend public school here in Ireland. Becky spends the majority of her time and energy on raising our boys. While she used to lead women’s Bible studies and be heavily involved in running the children’s ministry at our church she is focusing more of her energy at home these days, and pursuing opportunities for evangelism.

To start receiving Jonathan and Becky's monthly newsletters, simply email them at