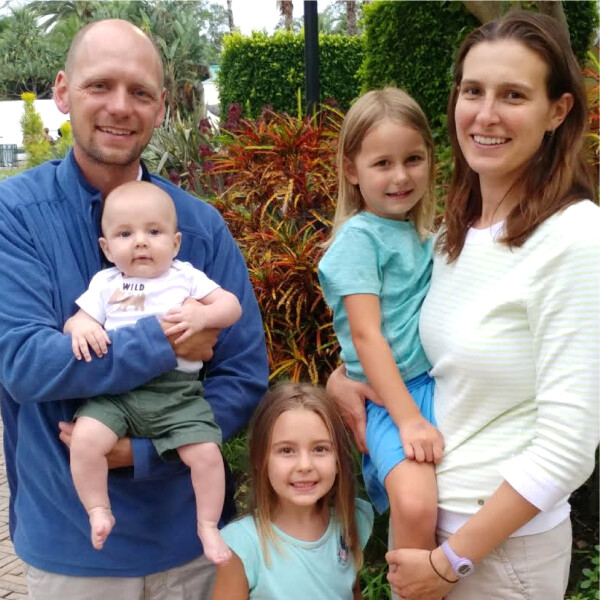 Lauren and Jon met while studying at Trinity Evangelical Divinity School in Deerfield, IL. Before meeting, they both had a passion for missions. Lauren grew up in Port Washington, WI, and attended Friedens Evangelical Free Church. Jon grew up in Zion, IL, and attended Christ Community Church. They have been married for five years. They arrived in South Africa as missionaries in December, 2010. Their daughter, Liesl, was born in Beacon Bay, South Africa, in 2011. For hobbies, they enjoy fishing, hiking and going for coffee.

Jon and Lauren are serving the Lord in the Eastern Cape of South Africa with Zion Evangelical Ministries of Africa (ZEMA).  ZEMA's goal is to reach out to the amaZioni people with the gospel and to make them disciples of the Lord Jesus Christ.  Jon teaches a course called "This We Believe" which is used as a tool for evangelism.  He also teaches at Zion Evangelical Bible Schools (ZEBS) located in different places in the Eastern Cape.  Jon and Lauren have begun a newsletter called, the Zion Banner for ZEBS students and graduates to keep them encouraged as they seek to apply what they have learned.  Jon is the editor and Lauren does graphic design work for it.

Jon and Lauren have been blessed with two daughters, Liesl and Evelyn. They are thriving and keep Lauren very busy, which she greatly enjoys. Jon and Lauren consider it a great privilege to serve the Lord in this worthy work.